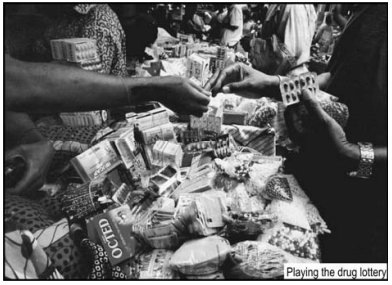 The perils of counterfeit drugs go way beyond being ripped off by dubious online pill-pushers. The World Health Organization (WHO) estimates that 50 per cent of all medicines sold online are worthless counterfeits. In developing nations fake pills may account for as much as 30 per cent of all drugs on the market. Even in the developed world, 1 per cent of medicines bought over the counter are fakes.

Some key events illustrate the risk these pose. In Nigeria, 2500 children died in 1995 after receiving fake meningitis vaccines. In Haiti, Bangladesh and Nigeria, around 400 people died in 1998 after being given paracetamol that had been prepared with diethylene glycol – a solvent used in wallpaper stripper. The fakers are nothing if not market-aware: in the face of an outbreak of H5N1 bird flu in 2005, they began offering fake Tamiflu.

What can be done? The WHO coordinates an umbrella body called the International Medical Products Anti-Counterfeiting Taskforce (IMPACT), an industry initiative that issues alerts when it finds anomalies in the medicine supply chain. Such events include sudden drops in wholesale prices, hinting at fakes coming onto the market, or the mimicking of anti-counterfeiting features on packaging, such as holograms or barcodes, says Nimo Ahmed, head of intelligence at the UK’s Medicine and Healthcare Products Regulatory Agency.